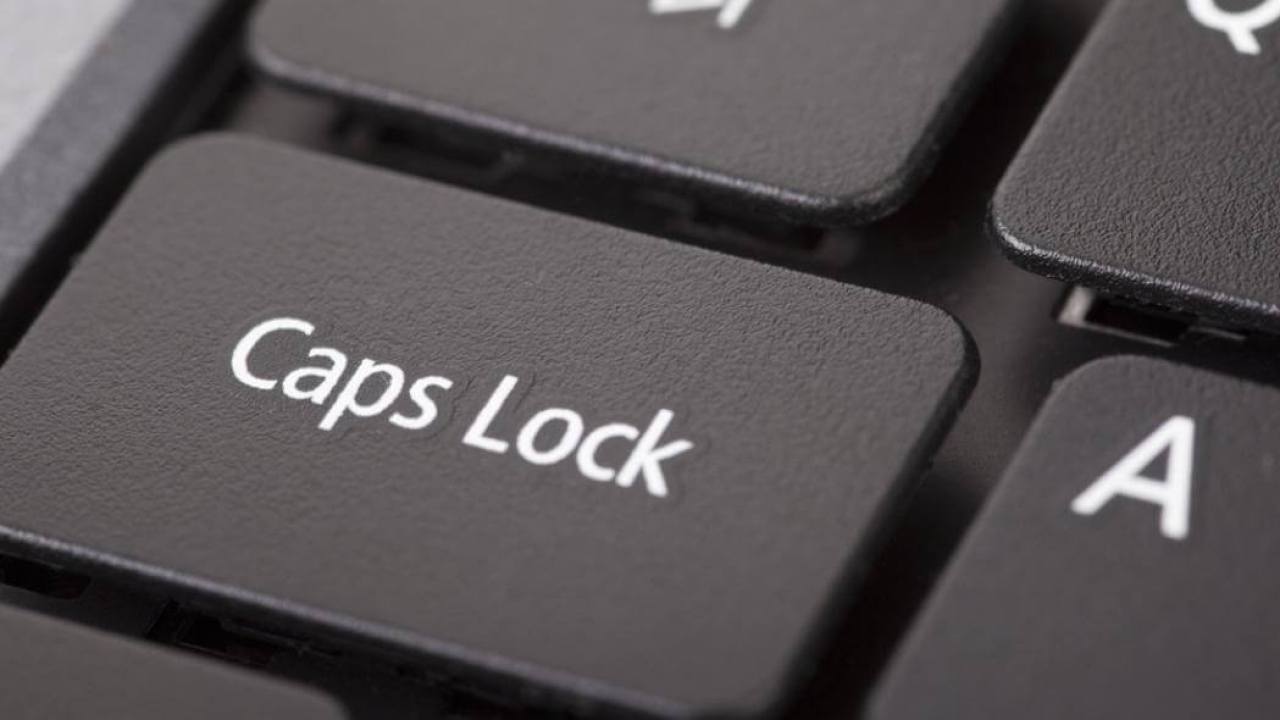 Why International Caps Lock Day is a Thing

Yes, Caps Lock Day is “a thing”. But it’s not to encourage you to usecaps lock – oh no! It’s quite the opposite.

Have you ever DESPAIRED at someone’s rampant upper-casing? Does even the thought of printing your name in BLOCK CAPITALS make you shudder? Perhaps you’re the culprit and just can’t understand why everyone has stopped replying to your texts. Well, it’s not such a long story, but it’s a good one. Actually, it’s two.

The first day named after that infamous computer key was spawned in the year 2000. A man named Derek Arnold in Iowa had simply had enough of excessive capitalisation and set about trying to remedy the issue. You may think that someone who would do such a thing takes everything too seriously, but Arnold’s approach suggests otherwise. Indeed, his solution was simply to rouse the troops one day a year and get everyone to START TYPING IN ALL CAPS, even devoting a Twitter account to mocking their usage with his yelling. The idea is that exaggerating in this way will show capitalisation culprits the error of their ways.

Another day, another capital. The other International Caps Lock Day is instead in June and is more celebratory than derisory, devoted instead to royalty – of sorts. Billy Mays aka the “Infomercial King” was famous for speaking in capitals. In other words, he shouted into a camera about the products he promoted. He died in 2009 and this “holiday” was set up to honour him and his CHARACTERISTIC way of speaking in type.

When is it OK to use all caps?

There are theories that capitalised text is actually more legible than lower-case type, while some argue that isn’t the case (pun intended) because we tend to recognise an individual word as a whole (lower case provides more distinctive shapes), rather than by each of its letters. Research conducted in 2007 confirmed the former hypothesis, although admitted that font and size of text plays a significant role and that lower case looks nicer.

Of course, that means that for warning labels and emergencies, upper case is the better option, while all-caps-based fonts can fulfil the “more aesthetically pleasing” feature of lower case (Take a look at this example).

Then, when you need to display utter despair, who can blame you for caps locking? SOMETIMES YOU JUST NEED A RELEASE.

On a serious note, when trying to decide on the case to use for your company name, we’re dealing with a design issue, not a bureaucratic one.

It’s about the impression you want to give and your overall strategy, and caps locks can give a company a more serious and formal appearance.

And to give this slightly ludicrous day another serious spin (APOLOGIES to its ironical founder), how to express the many tones, voices and subtexts of human language through typed text is rather more important now that we communicate with each other so frequently via text.

This is why emojis stepped in to save the day, but that’s a whole other issue to be dealt with separately.

All Caps Converter – Convert from any text case to all uppercase.